Gemma Wallace - didi Rugby Melbourne
Gemma has been a keen sportswoman since an early age with interest in Netball & horse riding. Gemma has been a teacher for 15 years at various schools in England specialising in Psychology & Health. Gemma now teaches at a private school in Melbourne, Australia since emigrating in 2010 & utilisesher sports knowledge to teach children Aerobics at weekends in the Northern suburbs.

Having been married to Ryan for a number of years - a keen rugby player all his life, Gemma has always attended international & domestic matches & strongly believes in the positive aspects of activities offered by Didi Rugby & their benefits to Psychological health & social development in children.


A few words from Gemma

"I am so passionate about my didi rugby programme! I cannot overestimate the importance of physical activity in young children, and the confidence and social skills that this also brings alongside the obvious health benefits."

"didi rugby is a fantastic way of getting your child active, whilst enjoying the benefits of rugby and the positive values it installs in children like respect, team work, enjoyment, self-belief and confidence. I aim to ensure every child gets the maximum input in every session, ensuring there are two fully qualified coaches in the session." 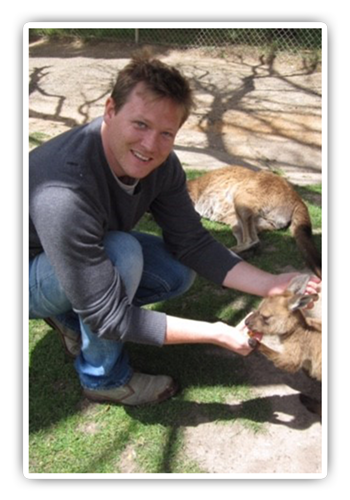 Ryan Has played rugby since the age of 6. He continued his love of playing rugby into the HRFC colts team who gained notoriety by beating LeicesterTigers youth team after a two year un-beaten winning streak. Ryan was subsequently invited to trial with the Leicester Tigers squad.

Ryan continued to play for a number of years for his HRFC club side until moving to Melbourne Australia in 2010 with his wife Gemma. Ryan remains passionate about rugby & even though an Australian citizen still holds aplace in his heart for the England rugby team! Ryan has been a member of the Melbourne Rebels rugby union team for the past five years & having recently become a father to a baby girl believes in the benefits of Multi skilled activities offered by Didi Rugby.


A few words from Ryan

“Didi Rugby is a fantastic way for young people to become involved in exercise. As well as teaching youngsters the key values of team work, respect and improving their core skills from an early age. The progress of the young people participating in the Didi program has been outstanding.”

A few words from Gemma

"I am a highly experienced and dedicated PE Teacher, who is passionate about keeping children active, engaged and challenged within the physical environment. Having taught for over 4 years at Melbourne Girls Grammar, one of the top private girls schools in Melbourne, I value the benefits of Didi Rugby, both physical and social to increase confidence, self esteem and improve communication skills. Having completed a rugby coaching course and having taught rugby to a range of ages, I feel I have the necessary energy, passion and love of the game to see Didi launch and thrive in Australia. It is my aim to combine my range of experiences with my ability to be a compassionate, enthusiastic and approachable practitioner."

A few words from Mike

“I am a Dad of two girls and have come into Didi Rugby as a parent wishing to pursue an environment with a strong sporting context that cultivates fun and vibrancy, while at the same time developing skills in communication, listening, agility, balance, and coordination. Rugby is a perfect sporting context for youngsters to have fun, and let off some steam, while subtly building social skills and increasing confidence!

My background in sport comes from track running, surf lifesaving, tennis, and soccer with 400m sprinting being my dominant athletic pursuit whilst at University. As a Rugby player my experience comes from school in Northamptonshire, U.K, where I held the position of Wing. ”